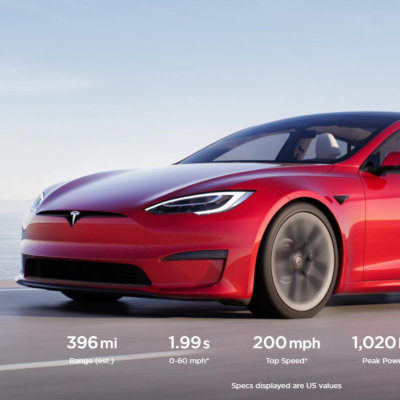 School teachers no doubt curse the disruptive pupils in a class.

However, it is the disruptive people in the world who bring about change. People talk about making a better world – and then nothing happens. Very few people have the vision to look at a problem and think there must be a better way to achieve the same goal. The most obvious example of a disruptive person is Elon Musk.

PayPal – disrupted the banking industry in the mid 1990’s

SpaceX launches more rockets than anyone else – is now the No.1 rocket maker in the world.

Electric Utility – why not use your SolarCity solar panels to power your car, top up your batteries and sell power back to grid at times of peak demand.

Openai.com might well turn out to be bigger than Tesla – Artificial Intelligence –

Traffic problems? The Boring Company – proving that some Americans do get irony digs tunnels to enable people to move quickly. Like the London underground but at a much lower cost.

Internet in hard to reach places Starlink from Elon Musk enables you to hook up to the internet anywhere in the world for a realistic cost. (Does not work in the Arctic or Antarctica – but pretty well everywhere else.)

Spoiler alert – turns out as 2022 approaches many traditionally powered tools by petrol (gas in America) are already being overtaken by electric powered alternatives which are cheaper to run when one looks at the total cost of ownership when compared to the petrol option.

What makes Elon Musk even more extraordinary – he does not spend any money on advertising his products! Yet he has a cult following on YouTube who crank out videos promoting his products at no cost to him, yet he is the beneficiary of their work.

What most car companies spend on advertising Musk spends on R&D – which puts his products further ahead of the competition. Even slick advertising cannot convince people to buy an inferior product.

Zac and Jesse run through what has happened regarding Tesla in the last week. Easy to thin, “how can they fill an hour each week” Just shows how much is happening in the world of Tesla and electric products.

Sandy Munro – most unlikely YouTuber. Sandy has been around the manufacturing world for many years. His content is serious analysis which you could pay good money for. Way ahead of anything you read on main stream media.

The Electric Viking – cranks out up to 5 videos per day. Highlights car and battery information not easily found in the main stream media. If you have shares in any car company outside China other than Tesla does not make comfortable viewing.

The pace of innovation coming from Chinese car companies is astonishing no longer are they cloning other companies cars – they are at the forefront of technological innovation. This sort of information is not covered in the UK media.

Dr Know It All – A university lecturer who puts a different spin on what is happening at Tesla but again the news for the largest traditional car makers is bad and for Tesla shareholders is very bright.

In this video Lars Strandridder points out that cars are increasingly reliant on software. Ideally all the software in a car is designed to work together with the hardware.

The challenge the OEM;s have is that they mainly assemble their cars apart from the ICE element – but in an electric car the engine is much simpler. The largest western automakers do not have much in-house software expertise and that becomes even scarcer at Board level. Consequently they are not in a good position to catch Tesla, as writing great software is not easy, takes time and to make much sense of the software you need to have a lot of control over the hardware, most of which is currently bought in at the traditional large car makers.

Software and AI are increasingly going to dominate all industries.

1st November 2021 – it is clear to anyone who follows subjects on the UK media and also on YouTube – that content providers on YouTube provide more and better information that the mainstream UK media.

YouTubers tend to see the whole world not just their local area, because they are looking for a world wide audience and if you speak English – even people in places like Denmark, crank out their videos in English – obviously to reach the widest audience possible.

The car industry in many countries has been a major engine of growth, leading to higher wages and many economic advantages. What is happening in the world car market should be of concern to many people in the UK and Europe.

In a few words China is coming, better cars made to a high standard, all are electric with good ranges and are likely to outcompete many cars made in Europe unless European manufacturers rapidly up their game.

DIY Solar – Which Comes In A Kit

One of the issues which makes solar expensive is, someone sells it to you.

A salesman comes out checks out your house and its position in relation to the sun etc.

Then someone installs it. All those wages are paid by you.

The big idea with “We Do Solar” is you buy it. Cutting out a lot of those expensive people. You then fix it up yourself and plug it in.

Well that is the theory – thus to start saving money because your investment is much lower – the breakeven point is much lower. When I looked in to solar for myself the breakeven point was over 10-years from installation. Then when I pressed the salesman he did mention that after about 10-years you would need a new inverter to replace the first one, so another couple of years before you broke even, (at that time).

The Osborne Effect – Not a Dysfunctional Family in America

When consumers can see a product such as an ICE vehicle is going to become obsolete – they stop buying the product. Because the 2nd hand price will take a massive dive. Making the cost of ownership of a new ICE car very expensive. This is the Osborne Effect. Many industry observers believe that this is just around the corner for ICE vehicles.